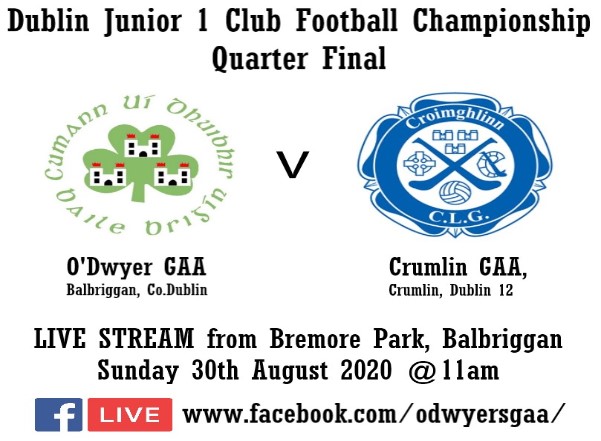 Commentary will be by John ‘Manner, Calves bigger than Everton’ O’Brien and a yet to be announced Crumlin commentator (pay deal in negotiation).

It is the wish of both clubs that all club supporters, along with all Dublin GAA supporters would have the opportunity to see this “behind closed doors” game.

For those who wish to view, the game can be accessed on Facebook using the following link:

We hope everybody enjoys the game.

This event has been kindly sponsored by Suds Laundrette and Specsavers Milfield Balbriggan: